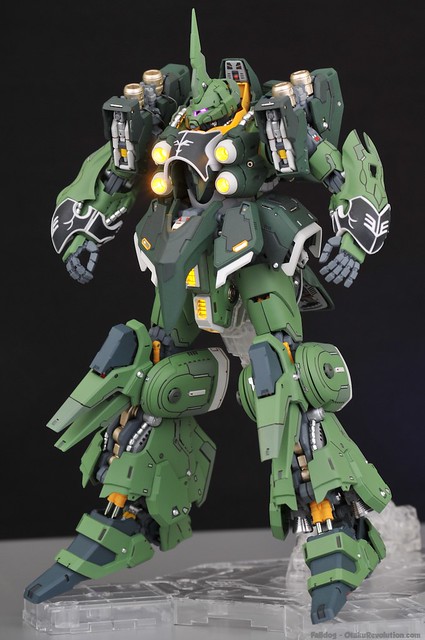 It took longer than I would've liked, but three weeks and 12-15 hours of assembly/final detailing later the Elyn Hobby Kshatriya is now 2/3 of the way complete.

The biggest issue I had was, again, with the LEDs. The first was the lighting that's supposed to be in the thrusters on either side of the legs. The documentation in this section of the guide is pretty shit-tastic, shows wires going this way and that but not really how the circuit is supposed to work or where all the leads are supposed to sit. I got one wired up and found out that it didn't work. Not sure if it was an issue with the circuit, or dead batteries, or what. The second set had a bunch of broken wires including one that connects to the super small switch and doesn't appear to have an easily attachable point to re-solder the cable. I ended up just saying "fuck it" and pulling the wiring out and assembling those parts without the LEDs. It looks nicer anyway as it looked like there wasn't any way to hide the cables, they would've just wrapped around the back of the leg.

The LED assembly in the waist went much better. They were easy to insert and I had plenty of room for cable management (though the issue of wrapped leads coming off the LEDs being thicker than allocated came up once again). Worse was the assembly of the rear skirt which houses the battery for the waist/torso/head/wing LEDs. The little nob of the switch broke off with the slightest of pressure trying to get it inserted between the pegs that connect to the outer switch. With how easily it popped off my brain just shut down and I sat there for a few moments looking at it blankly. Luckily I was able to operate the switch with with the tip of a toothpick and get it into the "on" position. Not sure there's enough to get back to "off." I left all the wires hanging out the back, instead of being tucked away nicely, just so I can go plug/unplug the harnesses when I want the kit (partially) lit up.

The kit doesn't really the need the action base, in its current form it stands well on its own. However, there is some looseness in the hip joints and I'm not sure what'll happen once the wing binders are attached. Better safe than sorry, last thing I want is this fragile guy to topple over. Right now the kit is slightly elevated, so you can see some of the detailing under the feet. Here's hoping the wings don't add too much weight.

Progress in the wings started last night but hit a major roadblock when I realized I was all but out of primer. I knew I was running low, had even stopped by the local Michaels looking for some, but ran out quickly before I even got a minor portion primed properly. I was able to stop by another Michaels this morning but they only had one lone can. I've ordered some online so hopefully one can will get me through for a short while. Between work, and potentially no primer, this project is on hold for at least another week. I was hoping to have it done by now, but my fall back date of Nov 20th is gonna be a tight target. Fallout 4 is going to be collecting dust... 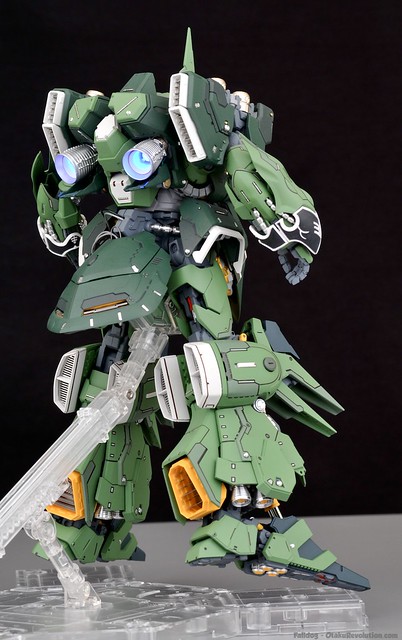 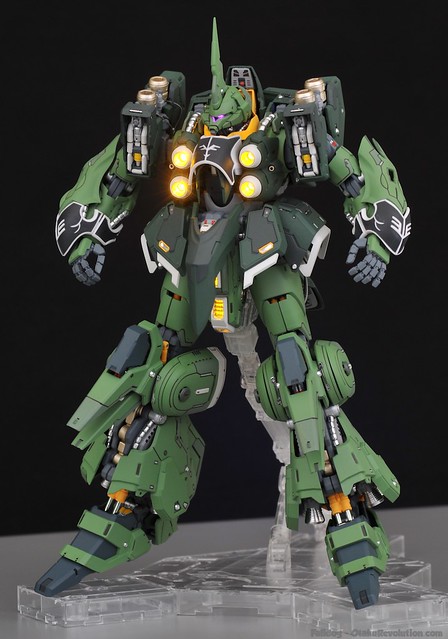 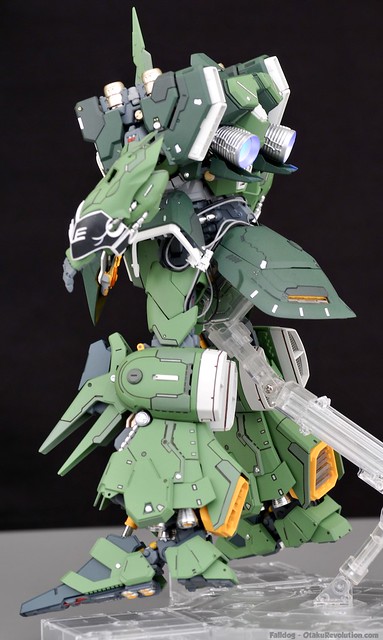 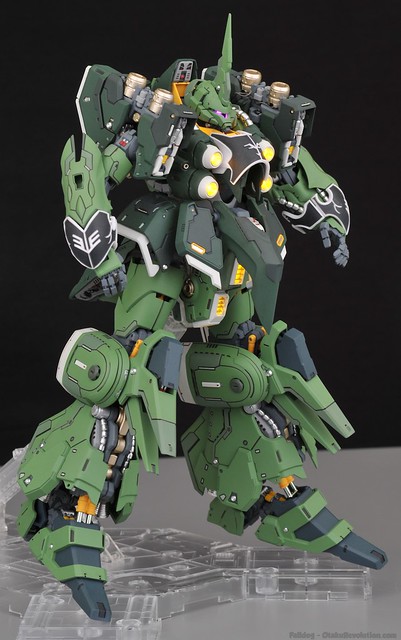