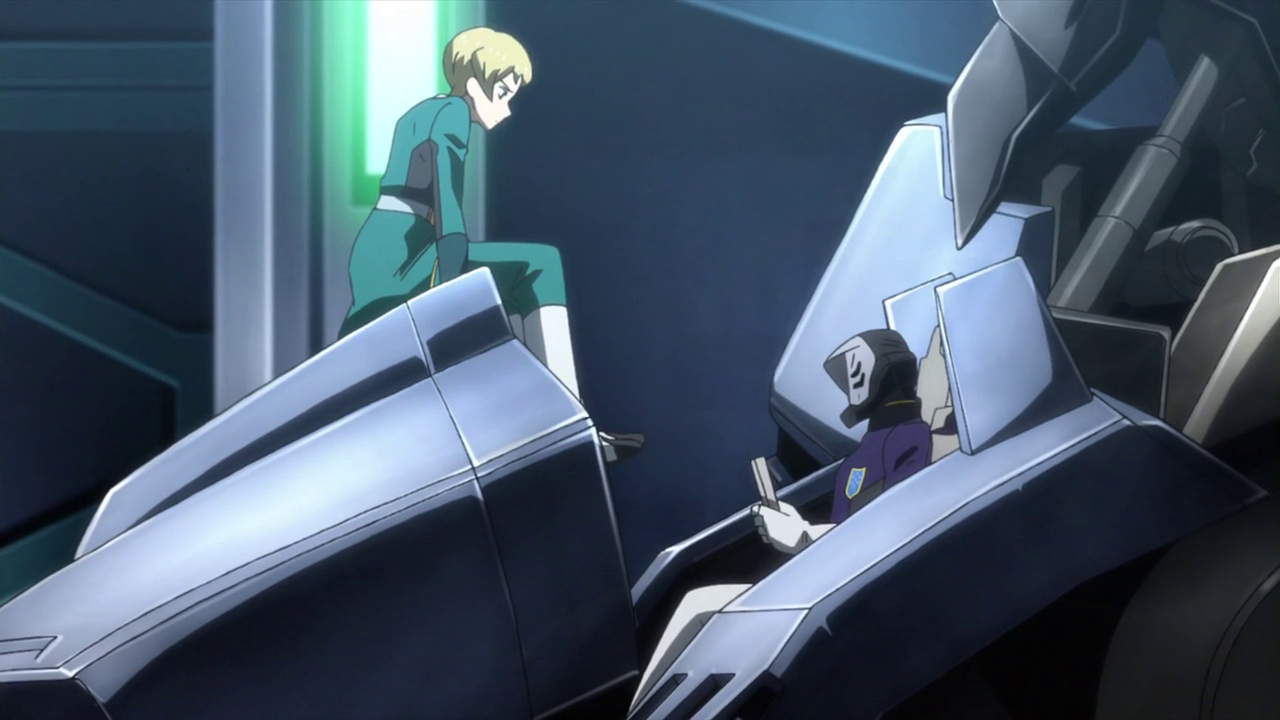 Like the Edmonton battle before it, the battle in this episode starts in media res, taking place two weeks after the events that transpired in the previous show. Unfortunately for Takaki, Aston, and the rest of the Earth-based Tekkadan members, they’re smack dab in the kind of warfare they are not familiar with. It turns out I was wrong last week when I said the bearded man is another name for Kamen Galli-Galli, but the guy who’s now heading Tekkadan’s battle operations, Galan Mossa.

Brilliant strategery abounds this episode, and well-timed since it gives the audience something to look forward to in terms of tension, and stops the series from becoming an Orga-y of Maccinations (I regret nothing). You do feel for Takaki and Aston, who despite doing their best, are still completely unaware they are being played by Galan. The man uses throughout this episode psychological conditioning to subvert the chain of command, carrot-and-sticking them into constant battles. It’s one thing if Tekkadan were a bunch of younger to middle-aged adults, but now their success is being used against them. It’s one thing to be manipulated while being young and poor, but what happens when you’re in a position of power? Shit’s getting awful and you just know it whenever Takaki and Aston opine in this episode. I’m finding Galan and Radice to be MUCH worse than Maccy. Sure what Maccy has done and is going to do is horrible, but then again at the same time Rustal and the rest of Gjallarhorn are just as bad as he is, if not worse. Plus Radice is a spiteful little man who betrays Tekkadan not out of some desire (misguided or not) to reform it, but of envy, and that’s always the worst kind of betrayal.

And there’s nothing worse than a traitor. Whereas Tekkadan was more than happy to let Todo live around this point in the last season, I doubt this betrayal by Radice will be met with the same kindness. Hopefully that is the case as next week, as Mika and the rest of Tekkadan make landfall and join the fray. However, apparently this is also a part of Rustal’s master plan. Maybe he knows of the Maccy/Tekkadan Entente, and will use it to ruin their reputations in one stroke. Who knows?

All I know is shit’s getting intense, and given the very morbid symbolism of the last shot before the credits of two broken flowers, it may get even worse. At the very least, please let Radice die horribly.