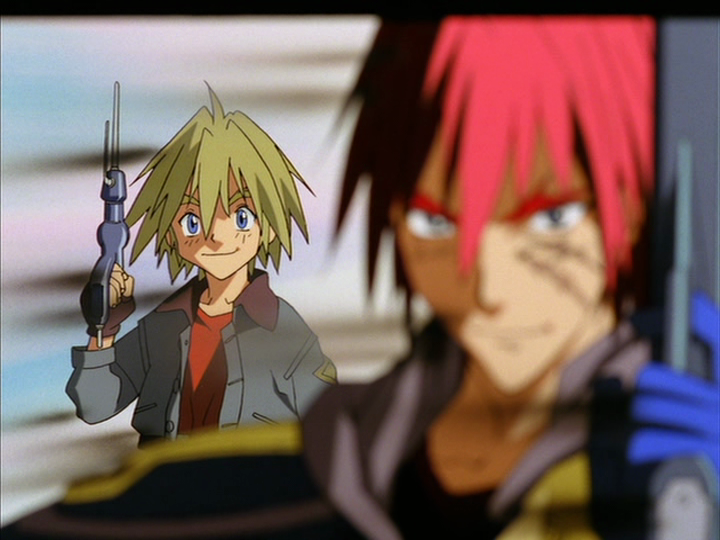 Points to you if you understood the reference of my article title without researching and why I used it.

Holy shit, this episode is fucking adorable, and also perhaps now either the second or third best in the series. We had yet to get to Jim in terms of character development in this series, with most of his role being in support and foil to Gene’s scattershot ambitions. But now, with only six episodes left we get one, and boy does it not disappoint. Why is that really? 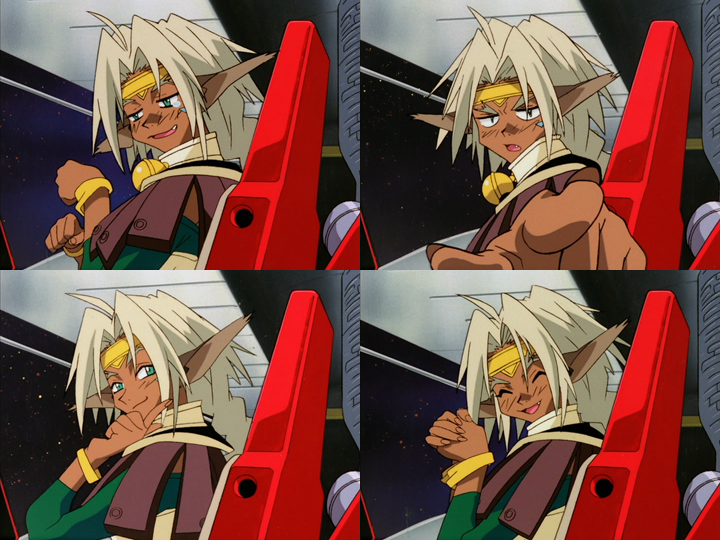 Is it because in one scene, there are four instances of Aisha Face? No, but it helps. 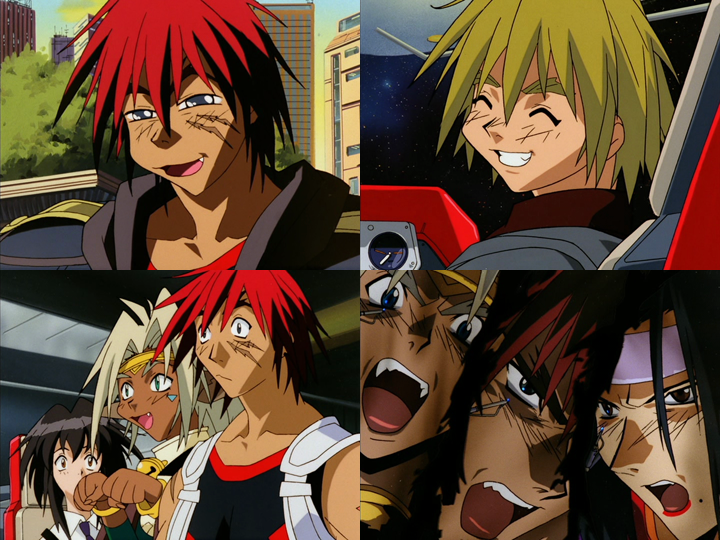 Is it because it’s just a really good looking episode with a lot of great facial expressions alongside some exceptional ship hand-to-ship hand combat? No, but it helps. 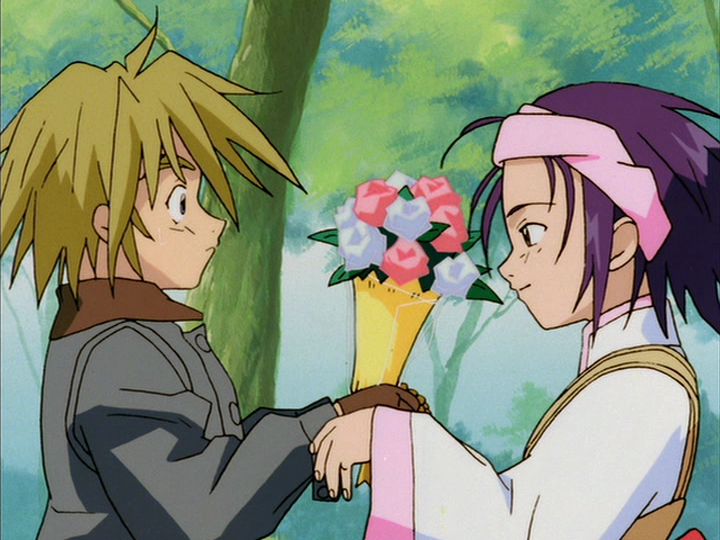 Is it because of scenes like this? Hell yeah, it is.

Jim is such a workhorse of a character and the sole constant within the Outlaw Star troupe. Gene can be a lecherous lazy boor, Melfina is an uncertain waif, Aisha is Aisha, and Suzuka is barely there, but Jim keeps everything together. Yet we never see him take time off, goof around, or have those unique life experiences kids like him should have. So while everybody does their own shit, Jim finds himself running into a girl. Unfortunately if you’ve been paying attention, this girl is one of the Anten Seven: Hanmyo. By and large, we already know their relationship may not really take off. What we do not know is how the events transpire, but how Jim reacts to potential romantic feelings.

For the first time, Jim is awash with uncertainty with what to do. He can run diagnostics on a ship, plan finances for a company, and handle a gun, but when it comes to girls? Eeeeeeeeh. It makes for some great innocent awkwardness on his end, whether it is having a conversation with an unhelpful Gene or TRYING to make conversation with a cute girl. It gives him a nice human side that warms the uncynical portions of my heart (and probably yours too). The result is a welcome change of pace for Outlaw Star, where we see the backbone of the crew turn into jelly. I’d say we should have more episodes like this, but we’re not in the years of 1998 to 2001 where the show was still fresh and lively. Granted there is always the hope it may be revived, but I’m not holding my breath.

Eventually it comes to a close with an incredible ship battle between the Outlaw Star and Hanmyo. It shows Jim’s knack for planning, how far the crew has come as a team, and also the complete utter tragedy of star-crossed love. It is not enough for Jim to have an ill-fated crush on Hanmyo, the show also puts the kibosh on it within the same episode, without neither of them knowing who the other was in that ship battle. We’re bereft of any emotional Jim crying about the tragedy of battle and how he lost somebody he could’ve loved, but you know it is okay. Such is the world of Outlaw Star, passing faces one moment, and then without warning and without knowledge, mortal enemies that may be felled by the other. It’s even more tragic when Hanmyo openly states her objective was to INCAPACITATE the Outlaw Star and kill ONLY Gene Starwind, so in a longer series she could’ve found out Jim was part of Gene and had that emotional arc where she joins forces or sacrifices herself to save him.

But that’s fantasy, this is reality. We only have six episodes to go, and to go through a tone-killing event in a space adventure set in the future of space would not work to the series favour. So we get this story instead, done in a way that disappoints but also satisfies. Jim may not ever find the love he’s looking for since the series is now over, but we get a time to see him the way he was in this episode. I feel like I’ve gained something here, and I think you do too.

So yeah… Great episode. Terrific even, with me being even more stoked on how the next episode will pan out, since we’ve McDougals again.