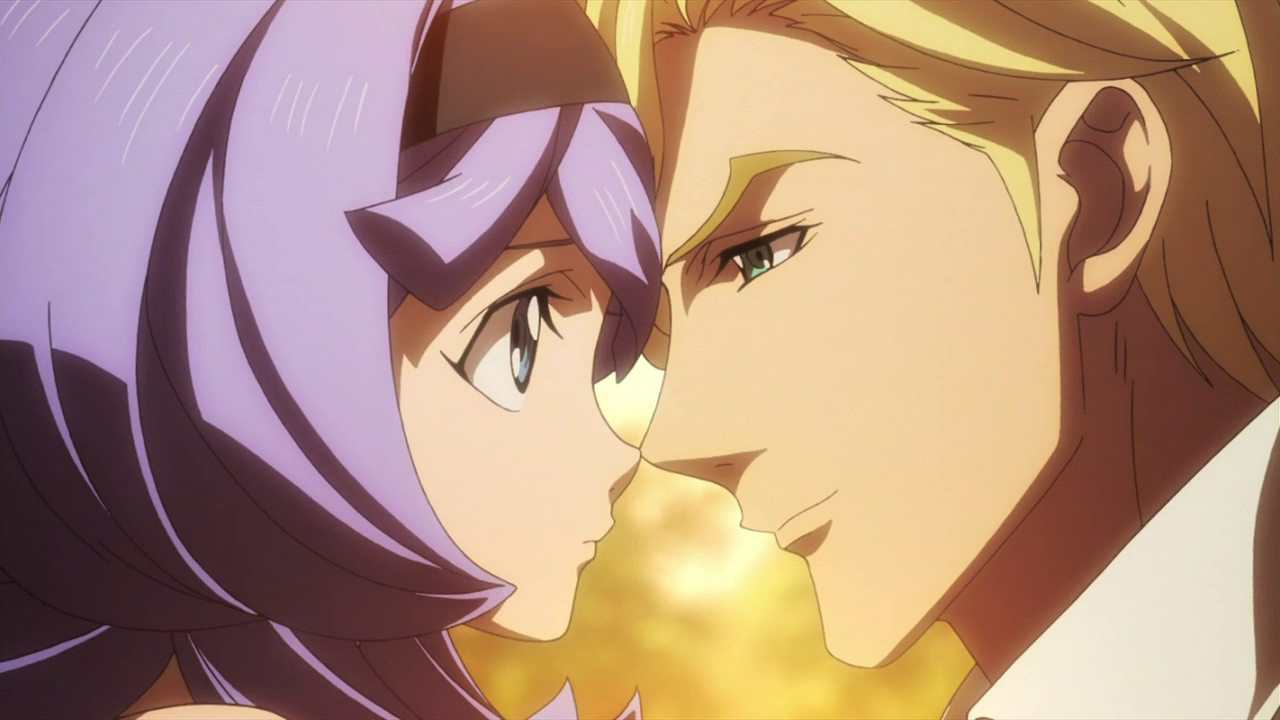 Ugh, the scene I got this picture from invokes all sorts of dread for the upcoming future episodes. It bookends the episode, and we see a glimpse of what makes this Agnika Kaieru mean so much to Maccy. The political philosophy of this person is not only the foundation of the original Gjallarhorn, but one meant to create a way to maximize the happiness of the human condition. Unfortunately, this seems to also imply norms like child marriage and love with large enough age disparity can be made acceptable, given Almiria’s reaction after Maccy tells her this, as well as his response.

We know Maccy is not above taking advantage of his childhood friends to get where he wants to go, despite how Agnika saved him from despair (yet Agnika didn’t teach him that betrayal isn’t very good?), so it is dreadful to think of what he’ll use Almiria for. The girl is so innocent, and genuinely loves Maccy. The ending result is the heart goes out to her, with the hope she isn’t ruined in the worst possible way by what may transpire in the remaining 16 episodes. I REALLY hope it’s not bad because quite frankly… 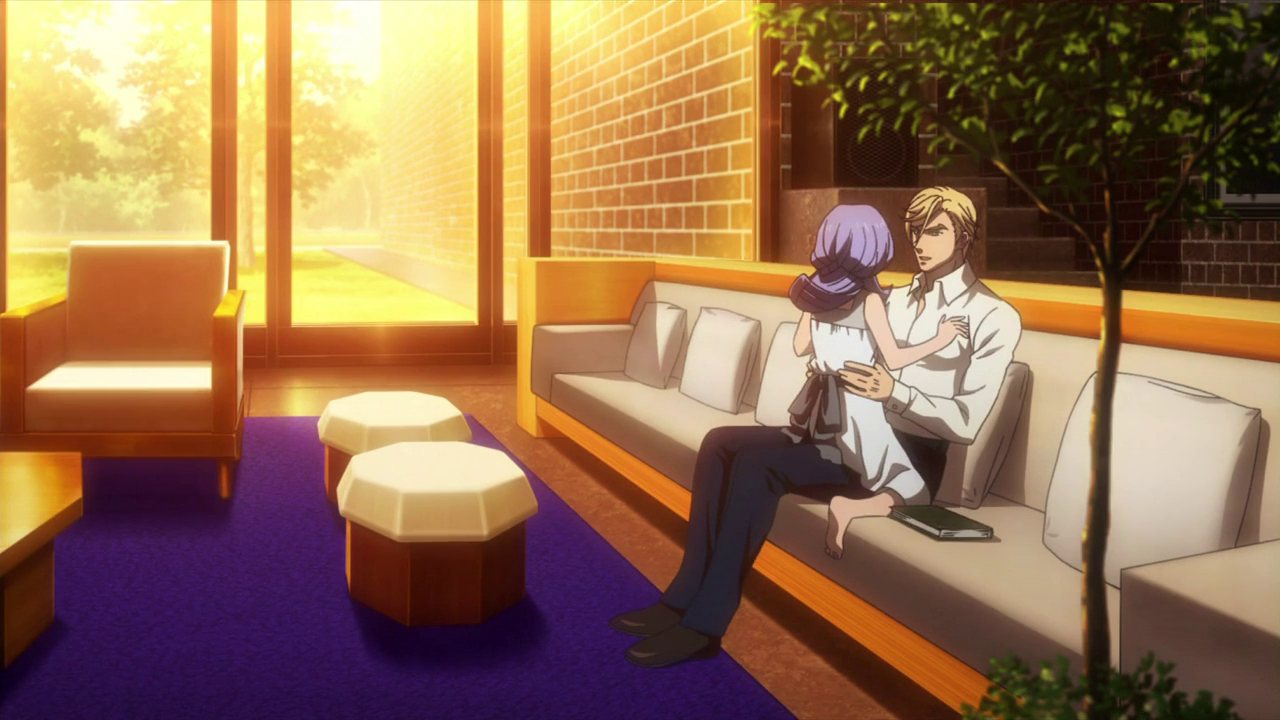 …I’m sure I’m not the only one whose alarm signals went off when he set her like that on his lap. Sure they’re still betrothed, and nothing has happened yet, but duuuuuuuuuuuuuuuuude. Not a good look for him.

Anyway, why kick off an analsis of the final scene of the episode before we talk about anything else? It’s a great way to cap off what I think is the last bit of calm before the major storm. The devil is no longer lurking in the details and in backroom deals; he is walking amongst the living and making himself known. The way this is done is exceptional in its cascade from the innocuous to the impactful. Once the name of the Gundam frame Tekkadan found weeks ago is revealed (Flauros, another demon), we move at a pace in drawing new lines in the sand. Naze tells the hierarchy of the Orga/Maccy alliance, to their surprise and dismay, and now Tekkadan is being seen with greater interest by not just McMurdo (who sees the silver lining but is wary), but other members of Teiwaz. Naze personally warns Orga of this, and warns him that if something bad were to happen he will never betray the boss. Then we see Kudelia struggling still with her business, and see that she is still doing business with Nobliss even after how he played her in the first season. Wow compromised, such sad.

Everybody’s trying to meet their goals and forward their ambitions, but they keep running into problems and have to make these pacts with such unsavoury people. If Kudelia has to do business with Nobliss to keep afloat, how far will this go? They cannot remain above it all for long, as this episode shows.