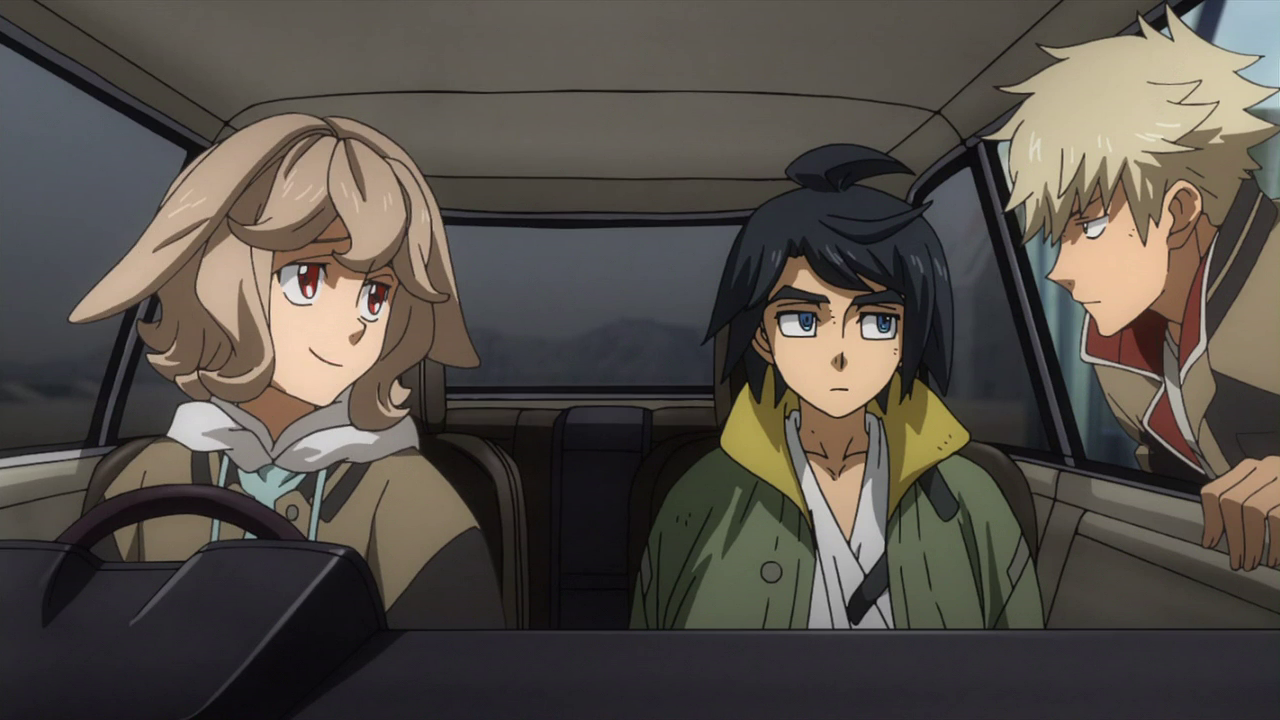 First off, I find the chronological reversal here between mobile suit and mobile armour production to be quite endearing. It turns out the third unit found by Tekkadan at their new mining facility is a bonafide Mobile Armour, and apparently the reason Mobile Suits exist was as a means to destroy them. Usually in a Gundam series, giant mobile armours are something that occurs late into the development cycle of mobile suit technology. Here, in the Post Disaster era, instead of the world jumping from conventional warfare to humanoid mobile suits, they decided to go big and unleash these nasty things… 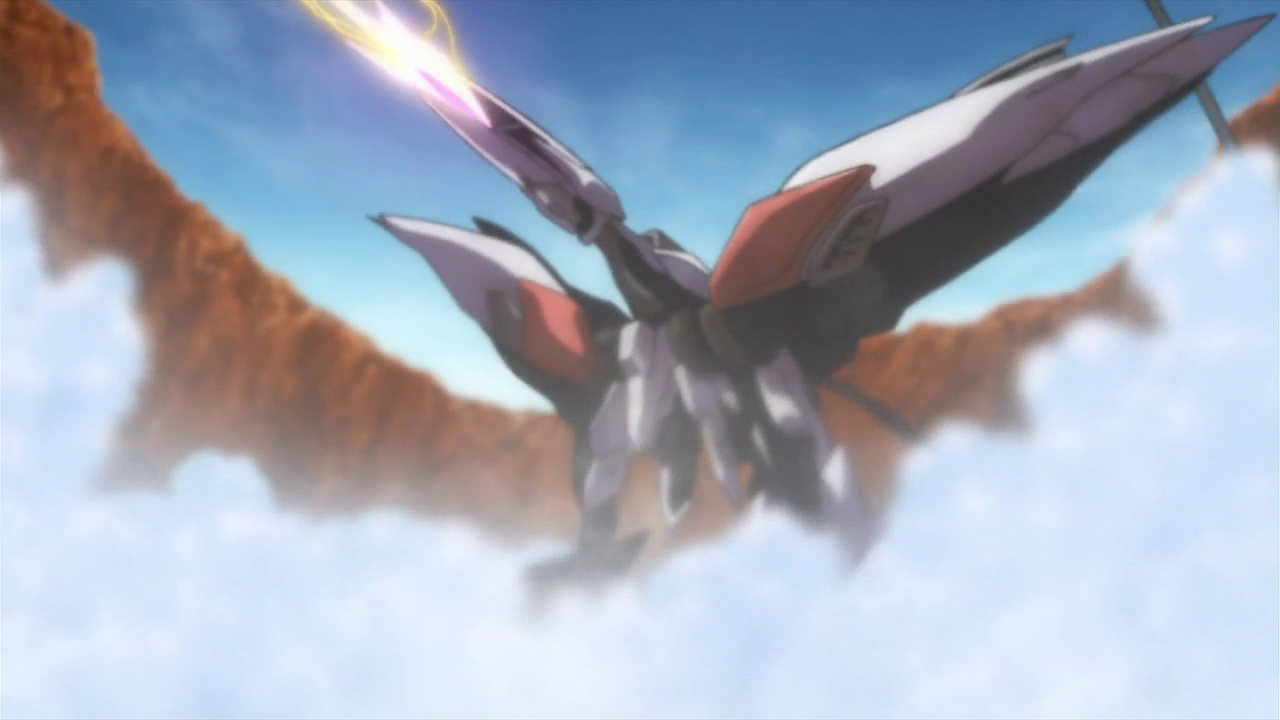 …Nasty things which herald the first instance of beam weaponry in the show, and how Gjallarhorn under Agnika Kaieru utilized the mobile suit to put an end to their reign. If it is not Gjallarhorn who constructed mobile armours, who did? It’s one of the more arcane designs in the show, but is it the result of one of the world factions during the war? Or is there something else entirely? Either way, it makes for some exciting developments as it raises questions about how truly horrific it is, and also reveals how the order currently in place at Gjallarhorn is also based on how many mobile armours each family has destroyed. The more you destroy, the higher your rank. Yet, after Iok declares an end to Macky’s Mackynations (he visits Mars just to see it himself and is the one who warned not to excavate it) by making sure he does not do that, our ambitious blondie’s reaction is “So that’s what they think I’m doing.” Fascinating how even Macky has his own boundaries in his quest to become King of the Gjallarhorns, and while he’s not above betraying a person or two, he won’t resurrect an old weapon of destruction.

It’ll be another treat to see where it goes from there, and how both sides will twist the mobile armour’s inevitable defeat for their own ends. Add that with some extra dimensions to how Mika and Atra handle their finances, Kudelia’s further ambitions in humanitarianism, and you’ve got a pretty good build up episode that could’ve just been a “Iok vs. Tekkadan” fight on Mars, but instead escalated into something much more exciting.