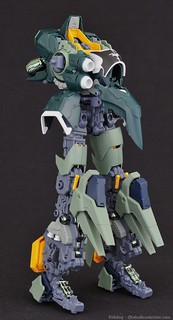 
Oh, Bandai, why didn’t you just release a MG Kshatriya years ago? Would’ve saved me sooo much effort.

Before I begin, I should point out that this project has inadvertently placed me in an informal build off with Lighted Pants over on r/Gunpla. You might have seen his astonishing MG Epyon. It’s an informal build off in the sense that I’ve pretty much already broken every rule LP has attempted to set up. The only one that still stands is that we’ve got to get these kits wrapped up by Nov 30th, or else admit defeat. Should be more than enough time assuming I don’t pick up Destiny again, or Fallout 5 when it’s released.

LP is building the Super-G Kshatriya. Unlike the Elyn, the Super-G is a regular ol’ resin casting. Depending on the condition of that casting, I think he has the upper hand on kit choice. While the resin will need quite a bit of work in order to prep for paint there are a lot less pieces that need attention compared to the Elyn.

I kicked the project off thinking, “This is great. I can just paint and assemble, easy peasy.” That dream quickly vanished upon closer inspection of the pieces at hand and the instructions.

The instructions, well, they suck. There’s a lot of ambiguity. Where a Bandai manual would show a piece with semi-transparency, flags of note, or different angles for weird attachment, Elyn has done nothing. Quite a few pieces have gone together through, “Hmmm… it says these pieces attach. Does anything here actually make sense? Well, that sort of works. Cool.” Other pieces need to be put together in multiples, or two left hand copies and two right hand copies. This isn’t notated and only a handful of these instances get an “Identical assembly of similar portions,” flag. It's a few pages shy from being jigsaw puzzle. 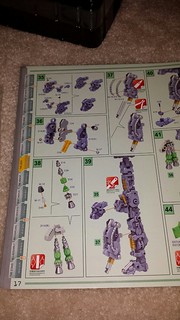 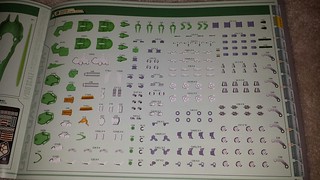 
Another benefit to trashing my paint first, build second plan is the amount of fitment and flashing issues. I had planned to just go through and clean up all the flashing at first but the sheer number of pieces would've driven me insane alone. For the most part things fit okay, a bit of glue during assembly (oh, everything is going to be glued) should suffice to resolve most that don't. A handful of pieces have fit so poorly that quite a bit of sanding and cutting was required to get them into place. Others still fit like shit for yet unknown reasons and will require a lot of clamping and extra gluing during final assembly. Quite a few pieces have been coated in a greenish chrome covering, the thickness of which was not considered during assembly. It's also a lot tougher than the bare plastic to sand. I'd try and strip it but the last thing I want to do is ruin any of these pieces. As much as I like the look, it’s a huge pain in the ass.

The torso frame, despite coming pre-built, had to be disassembled for the kit. On the legs there’s a piece that’s added, then a few steps later another piece needs to attach in the same point. It’s not possible for the pieces to co-exist, both from a lack of hard points and from the fit of everything else that comes around later. There are yet other pieces that came pre-assembled only to be removed during assembly so an updated piece of said part could be swapped in. Luckily, thus far, I’ve only encountered one section where the left/right count is wrong (three left pieces, one right piece). I am missing a piece, but seeing as it’s internal, I should be able to work around it.

It’s worth noting that finding pieces in the big trays has gone better than expected. It helps that there’s a guide up front in the manual that lists all the pieces out with their ID just because it shows them at a different angle than in the assembly section. Getting the pieces out is like playing a big game of Operation, while the few times I’ve accidentally knocked a tray it’s been more like a lost game of Perfection. 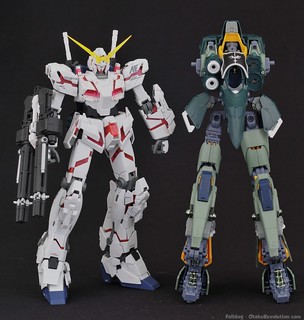 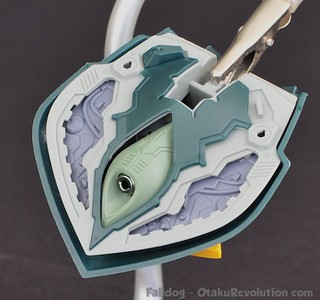 Bottom of the rear skirt armor. Note not everything is fully fit together to ease dissassembly.

For the time being I’m assembling the kit as separate chunks. Torso, legs, leg booster things, head, etc. Once assembly is complete I’m going to take them apart, inspect and sand where needed for a second time, then paint and reassemble. One section at a time. It’ll be a lot longer than just painting all the pieces at once but should keep things a bit more manageable. I’m more likely to spend additional effort getting detailing and fitting right if there’s only so little I can do at a time.

I attached the torso to the legs for a quick shot and realized that the kit is pretty heavy and easy to keep upright despite the lack of proper feet at this point. The front armor skirts don't remotely fit into their sockets, an impending disaster I'm sure.

The LEDs, well, I’m so worried about fucking up the wiring that those won’t go in until final assembly. If they don’t work, well, I won’t know until it’s all said and done. 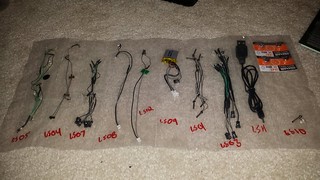 LED parts. I wrote the part numbers on for later reference.


Regarding the paint scheme, I think I’ve settled on doing what I do best, a super clean build. That of course means fixing some flaws in this kit/pressing, which I’ll get to next time. I’ve considered what paints to use but won’t get around to doing colour tests until construction is complete. I am planning on a mostly traditional scheme, a bit brighter in the main green though, with some added detailing section. It's probably end up looking closer to the generated images in the manual than any other painted version I've seen.

I hope to have the wing binders dry fit next week so look forward to that. There are so many pieces left, and it's the same basic parts x4. It'll probably make the FA Unicorn parts repetition pale in comparison.