After a couple weeks of prep and paint the torso is ready for top coat and final assembly.

I think I spent more time prepping the kit for paint than any other I’ve worked on up until this point. I feel like every piece on this kit has flashing issues. Some of the problem areas I didn’t notice until after the first coat of primer. Some I didn’t notice until after I had finished painting and started on detailing. Hopefully the ones I wasn’t able to fully clean won’t be too noticeable when all is said and done.

I didn’t do much modification on any components as dry fit issues were more with things staying together than going together at all. I did fill in some awkward gaps on the front of the kit. I sort of messed up the lining on that part in the process because I wasn’t paying attention though. 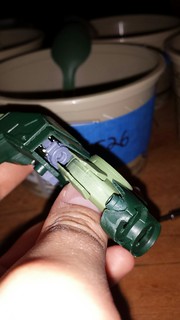 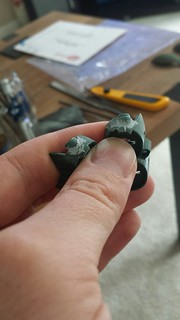 I’m fairly happy with how the paint looks thus far. It’s way more Ninja Turtle green than I had originally anticipated but I think the end result will be pretty stellar. I’ve decided to go with the current painting trend started by the 1:100 RX-78-2/MG Nu Gundam ver. Ka (note to self, research that!) and have lots of different shades throughout the kit. Each section, light green or dark green, has at least one supporting shade with some others for detail. All said and done the kit is going to feature 6 different shades of green. 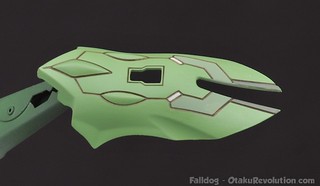 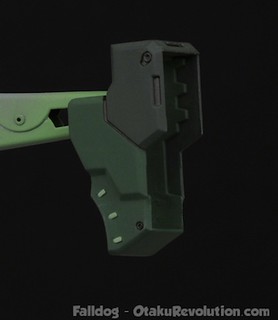 A lot of the smaller details are done by hand while a few were masked and airbrushed. I’m hoping the discrepancy won’t be too noticeable after top coat. 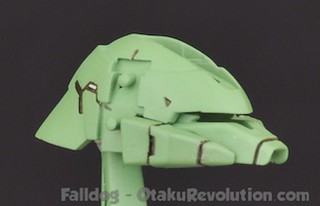 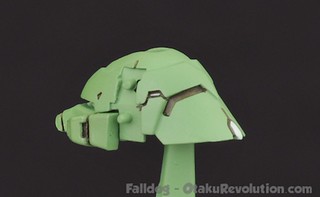 Lining was done with a brown micron instead of black. The end result is one that somehow seems to blend with the kit but is still bold as shit. The lining isn’t as clean as I would like it, especially when you zoom right in. Part of that is just issues with the detail lines on the kit and part of that is just mistakes I’ve made. In theory those flaws won’t be too visible after completion.

If you haven’t noticed by now, I’m hoping my lack of skill and any issues will get lost behind top coat or the bigger picture. :)

Putting the torso together is going to be a task on its own. There are lots of metal details that need to be glued into place along with a handful of components that need a bit of gold or silver detailing after top coat. There’s also the addition of metal tubing and the guide’s lack of specifics regarding just how long to cut the internal metal support for them. Oh, and course, the ever present threat of the untested LED system.

With any luck I’ll have the torso done by mid next week so I can start on the lower half of the kit.