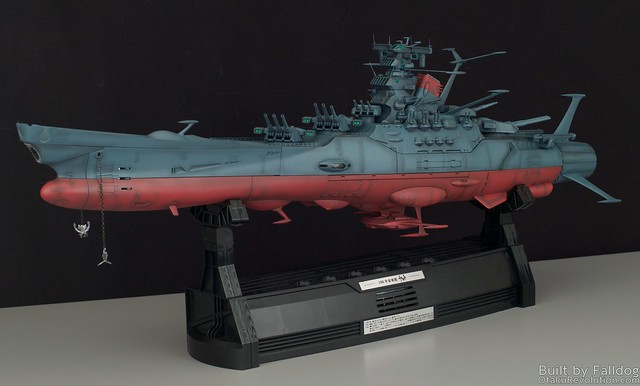 When the kit arrived I found it was in great condition. Well, the nubs needed some sanding, but it was clean. Like not a speck of dust anywhere clean. Complete 180 from some of the tragic kits I’ve rescued over the years. It wasn’t until I started taking it apart and sorting my way through all the wires that I encountered an issue.

A big part of this kit’s price is the electronic gimmicks. Nothing as simple as lights just turning on and off, but remote control driven turrets, AA guns, Wave Motion Gun, and thrusters. Oh, and a base that has a speaker to provide sound effects. Unlike the sleek wiring of Bandai’s modern kits, each component is a string of different wires often connecting huge boxes that house motors, gears, and circuit boards. The problem I encountered was, when power was applied, there would be a ticking noise, the LEDs would flash dimly and rapidly, making me think there was a short somewhere. I tested all the wires, even took the control boards to a local electronics shop (and there are so few of those these days) to circuit testing.

And you know what the issue was? The mother fucking batteries. Mind you, when I got the kit I threw away the 2007 era batteries and put some new ones from my stockpile in. But apparently those were bad. I should’ve taken Jag’s advice early on and just bought brand new ones, but nooo, I had to buy a whole other NIB kit and test the electronics. Yeah, now I have two. The MIB kit is stuffed away in a storage locker for a rainy day. On a side note, the kit is currently on display with the batteries removed. A few weeks after final assembly I went to run the electronics again and the batteries were dead. Even with the switch in the off position something in there loves to drain the fuck out of D cell batteries.

It’s been awhile since I’ve painted something this large and I wanted to pre-shade to provide some depth. A key aspect of pre-shading is being consistent both in the shade coats and the top coat. As this was such a big kit I did parts individually and didn’t realize that some pieces weren’t perfect until final assembly.

Keeping with the original design I used a blue/gray mix for most of the ship and avoided painting all the delicious details. (A person could spend a month just painting all the detail lines, hatches, and whatnot. I left the deck the hull colour, as best I can tell that’s how it is in 99% of the OG artwork.) The kit also came with photo etched pieces, like the deck railings, which were such a pain in the ass to install but so worth it.

As is tradition, now that I’ve rambled on, here are some photos and videos of the kit in action. But keep scrolling down for yet another Yamato... 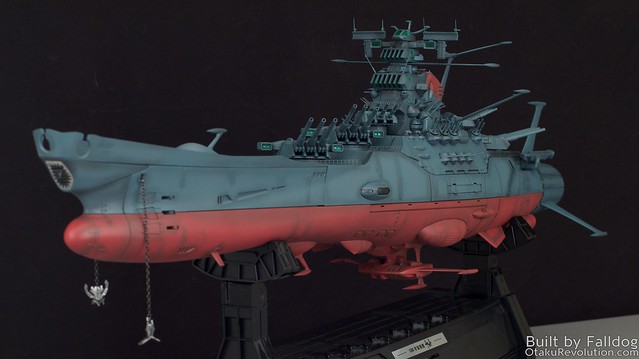 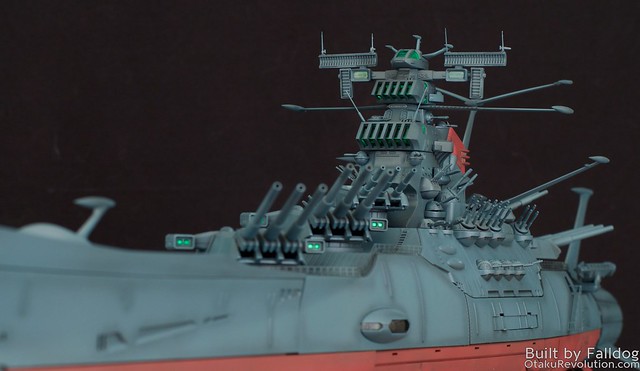 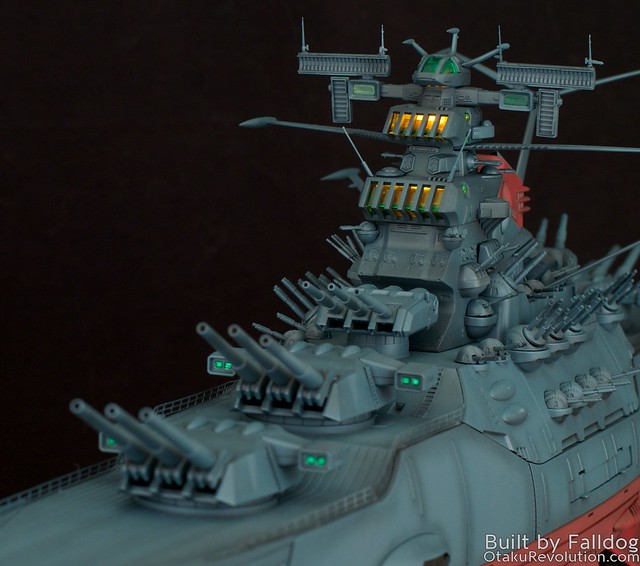 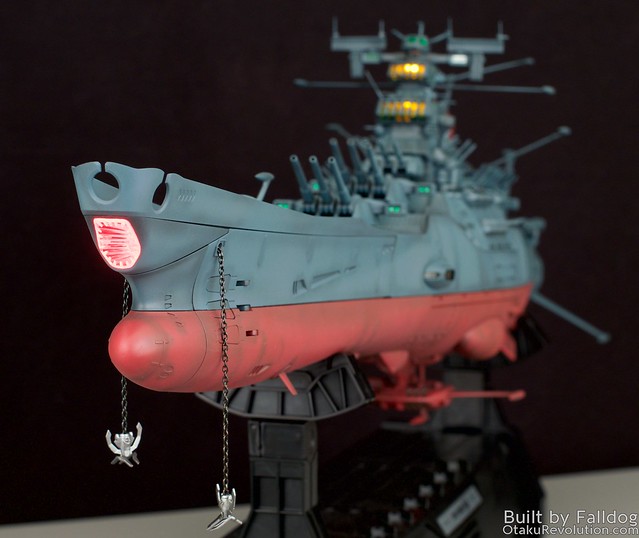 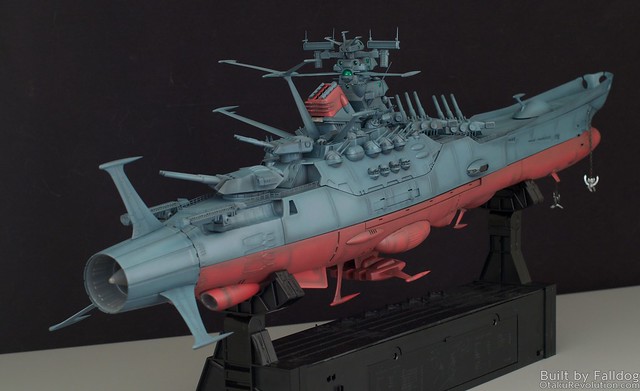 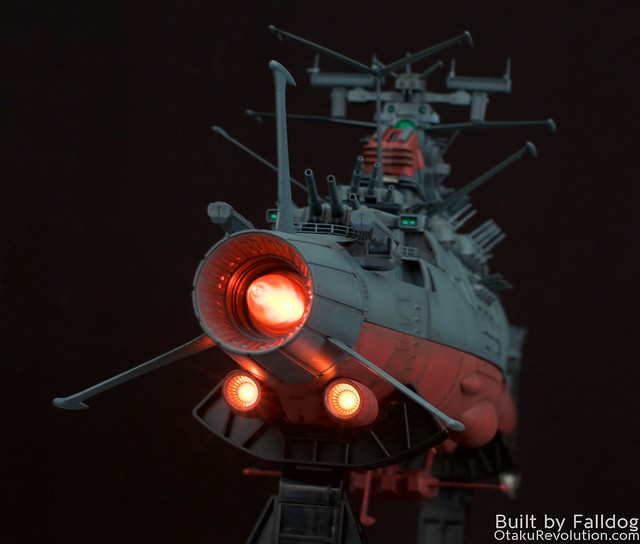 I eventually had such a fun time with this build that I got a 1/500 scale Yamato to go alongside it. Having learned from the 1/350 build, I assembled, pre-shaded, and painted the hull an entire unit. It’s easy to do, just need to mask the red/gray line, but you have to handle the two foot long ship as a whole during the process. The result is a lot more consistent look over the whole of the kit and the better of the two from a paint perspective. For above the water line I used a  straight gray, as seen in Yamato 2199, including a brownish painted deck.

Here are the two side by side… 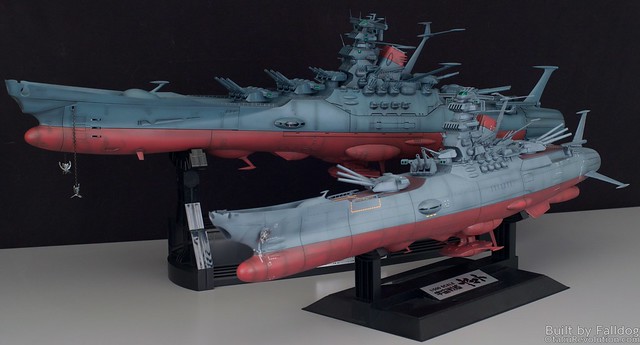 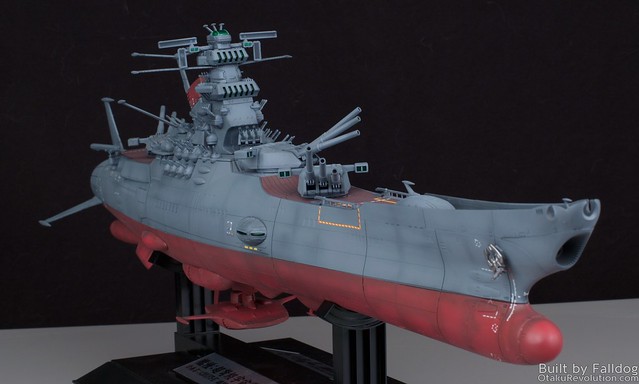 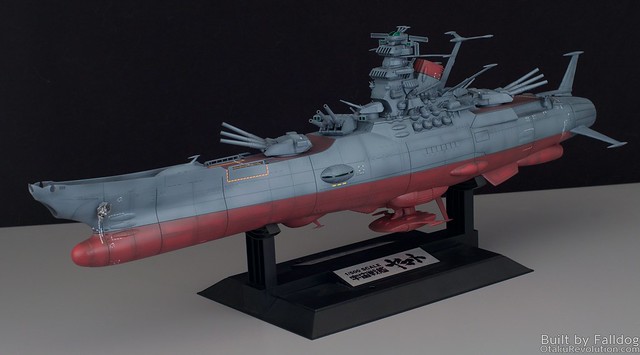 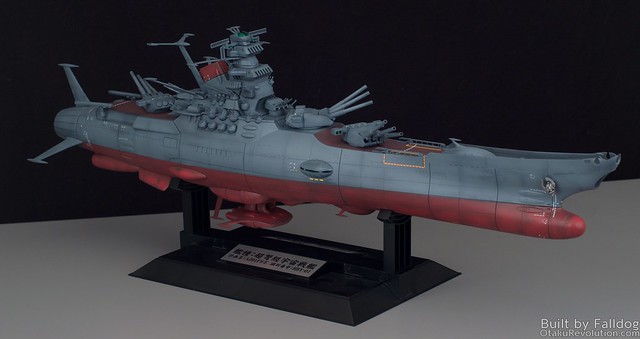 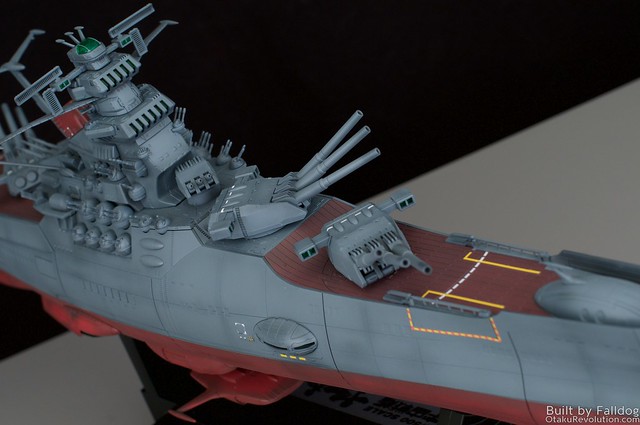 While looking to paint yet another Yamato, this time a 1/1000 scale, I found a great painted one out of Japan by a seller called etc_satoko, who I presume painted this kit - and added customer LEDs - doing a great job of it. 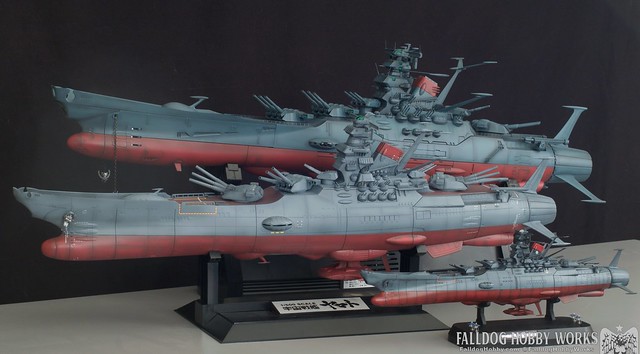 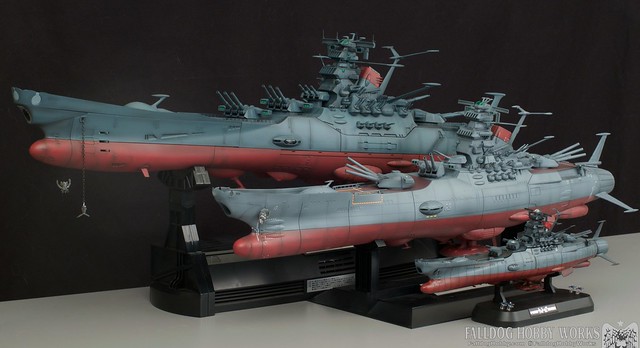 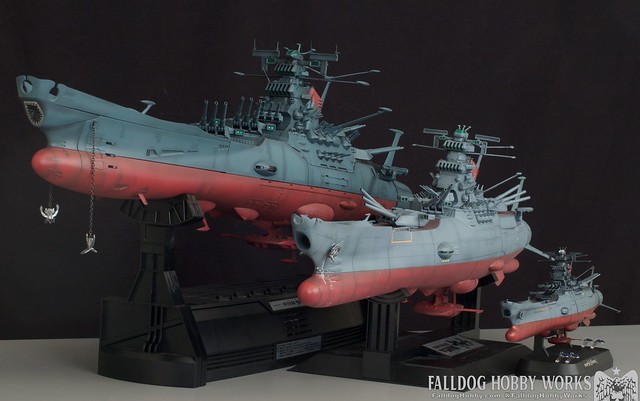