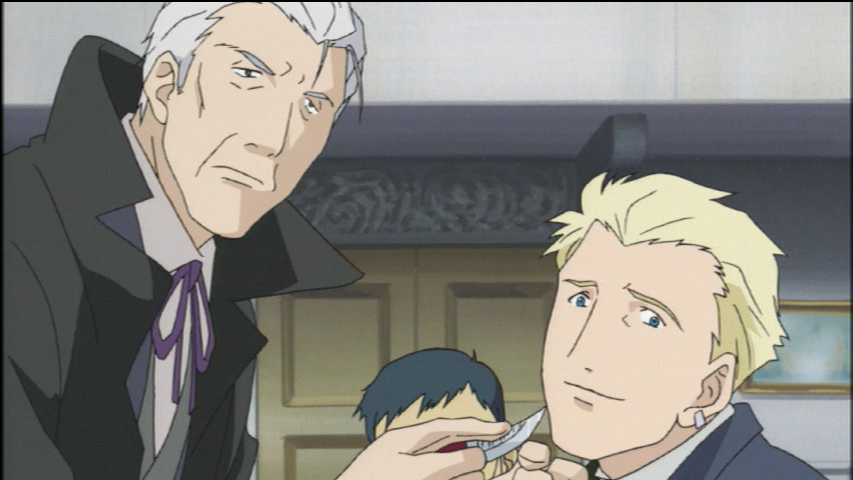 Oh my God, this show’s animation is embarrassing. Look: 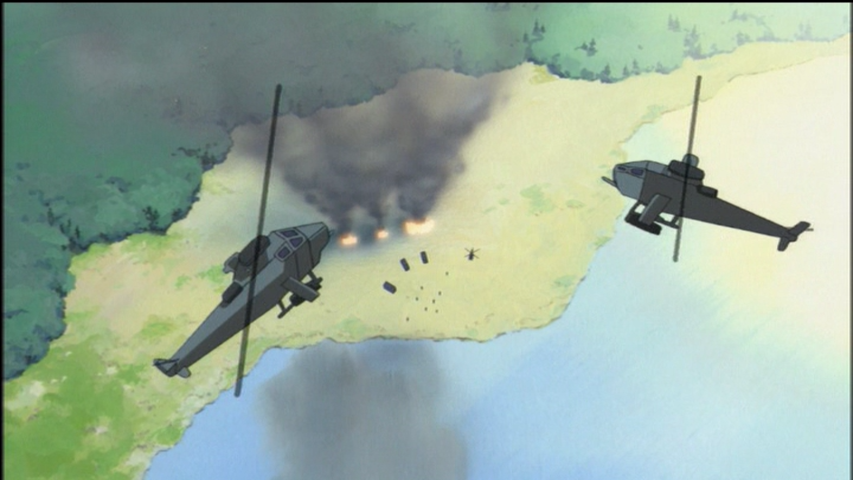 Sure the Hellsing TV series had this problem too, but Kouta Hirano’s work is eye-catching enough to numb some of the pain. Here, such a shot rubs salt in the wound when juxtaposed to the preceding screencap. Then it rubs even more when you realize this is the DVD release of the episode, meaning it was not touched up in the slightest since its Japanese broadcast. I make a bit too much fuss, but yegad I have not been this turned off at an animu’s animation since the first Super Robot Wars TV series. However I don’t want to bog this article down any more of this. So I’ll conclude with this actual scene of animation.

So is he breathing or talking? Anyway…

Like the first episode, this one dedicates itself to showcasing the talents of L/R. However, the stakes are raised when the mission is no longer about preserving cultural dignity but preventing terrorism. A crime syndicate kidnaps an undercover Cloud 7 agent, hoping for proper info on an upcoming summit for members of the intelligence community. The worst of part of it is it is occurring the following day, so it is up to L/R to stop it in time.

Obviously they will, so what can be said then about how they do it? Like last week, not quite bad. We get to see Rowe work side-by-side with Jack on mission, instead of being the master of disguise. Rowe of course is a bit brusque and not as adept as Jack when it comes to persuasion, but he manages well. It is a bit of fun to see them unfold their plan even with the occasional hiccup, then stick the landing. The ways them and the show obfuscate and cajole provide a pleasant “A-HA!” moment at the end, and it’s a good one. I won’t spoil it for you, because I want you to admire how it all pans out. There will not be any “OH C’MON! I KNEW THAT!” reaction I can guarantee you that. I bet it on Bubbles’s animu catgirl watch. 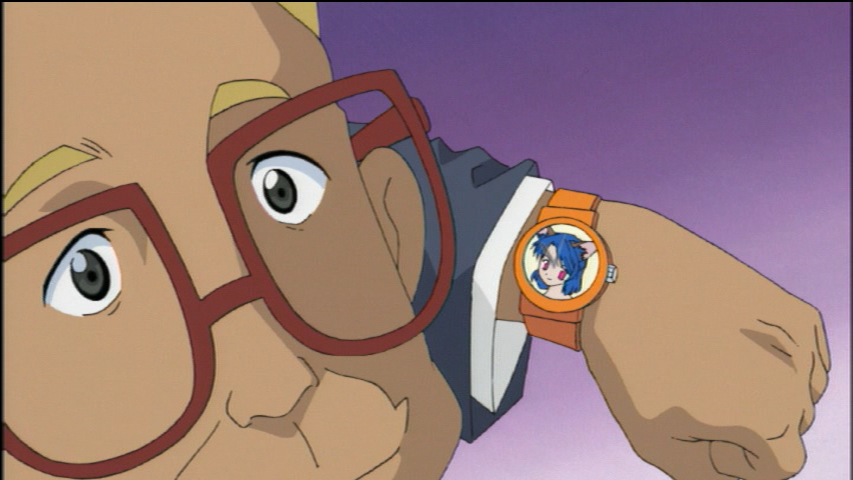 Animation aside, well done this week. It’s not deep yet, but as a continued introduction to the world of L/R, it is an admirable performance. It gets us to like and respect the characters enough to see how they fare next time.