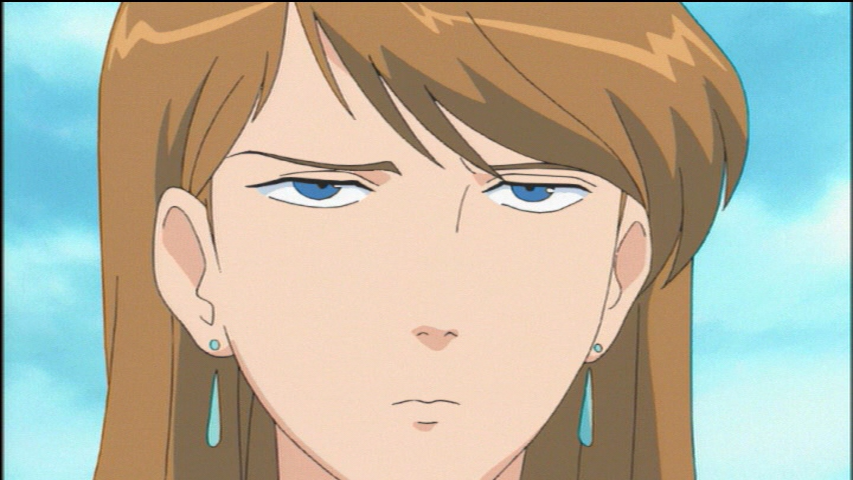 Talk about your super serial episode here, folks. I think we might be picking things up given the goings on here. Ivory Island is back in the show again, with major terrorist attacks on a mining facility and a major official of the corporation who owns it. Now it’s up to L/R to figure out who this bomb maker is and put a stop to him/her before they destroy their next target.

Nothing TOO intense occurs throughout the investigation of the threat. Instead, it is dedicated to more world-building than anything else. It looks like the Ishtari Royal Family is not the only important group in the nation, but this DTI Corporation who has its hands in every pie (including the Princess contest mentioned weeks ago). The show does an effective enough job (wouldn’t necessarily say it’s GREAT yet) in making the audience dislike them, with the most damage done by the toady representative featured here. Suffice to say, there has to be great catharsis at series end in order for this treatment to be a success aside from well-executed plot goings on.

The big takeaway this week is the fleshing out of Jack’s character. It turns out the assistant to the toady is an old flame and former partner of his years before Rowe. Given what one already knows about Jack, it had the usual romantic element to it, and it seems a bit rote, but it is nice to see Jack have a tinge of regret and sadness. Like how Rowe was all patriotic last week in lieu of his usual boorishness, playboy Jack gets to emote something else to a nice degree. Then when you add in how the old flame has a part in the bombings, and her subsequent offing because of it, the nice degree intensifies to being… pretty good. Way to not disappoint, series. However, it still has a long ways to go before being exceptional. Likable right now will do.

In any case, I guess we’ve got a plot going now. Curious how they’ll handle these matters, and whether the show will cease being cheeky and get to real serious business. Tonal shifts are risky so… hopefully it all works out.