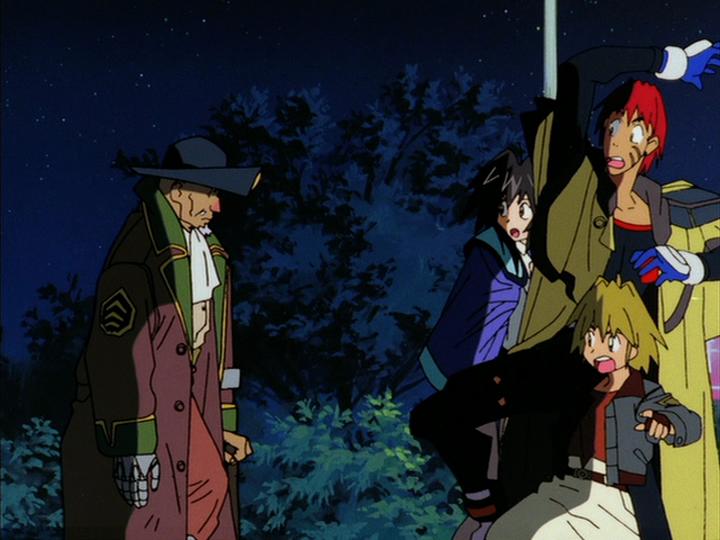 Because it not so much needs to be asked, but moreso because I want to: How do you follow an episode that injected a shitton of adrenaline to the series and gives Gene an impetus to get his ass in gear?

You have Gene and friends go on a salvaging expedition for some old man in another interpretation of a TV staple plot involving old men and the sea. Didn’t this just happen a few years ago in Space Dandy?

To our eternal relief, this episode is not as bad as it would seem, and doesn’t deflate the momentum of last week TOO MUCH (in fact, the way the episode is carried makes it seem like last week didn't happen at all). One, Gene and Jim are both motivated towards the job, instead of Gene being dismissive and Jim being frustrated by such. Two, the captain is a charming enough curmudgeon thanks to his design and the creative adaptation of his English dub dialogue. Three, it gives Gene perspective on what it means to be an Outlaw, despite not being TOO related to the overall Galactic Leyland. And Four? 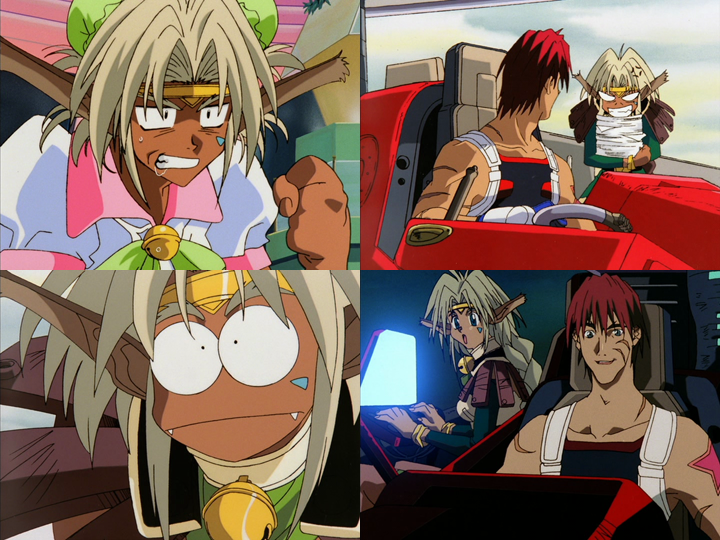 Sure the initial faction of goons are nowhere to be seen after their appearance, and once they reach the ‘water’ planet there isn’t anything TOO exciting. However, the lore built in this episode thanks to the captain and Narrator Jet Black is intriguing enough, revealing the origins and impetus of mankind’s departure from Earth. The ‘water’ planet is also interesting given how it shows a unique set of alien species unlike anything we’ve seen in the show. Ultimately though, it all comes down to naught, since this is the only episode the captain will ever be in, and we learn dragonite can vary in worth based on their quality. So we learn a lot of things, they learn a lot of things, but in the end something is lost and nothing (of great monetary value) is gained. Such Outlaw Star. You'd think when Gene bids farewell to the guy in his own way, he'd have some verbal lamentation on what it means to be an outlaw, but I guess this is all implied moments before the "*BANG* TO *BANG* BE *BANG* CONTINUED" sign shows up.

At least it is interesting and light fun. More than likely, having this episode was a good idea. Reason being is next week we’ll see the return of the McDougals, and shit looks to be quite intense. You can't have TOO much intense sometimes in your show with a penchant for light-hearted adventure that puts a bit of swash in your buckle.