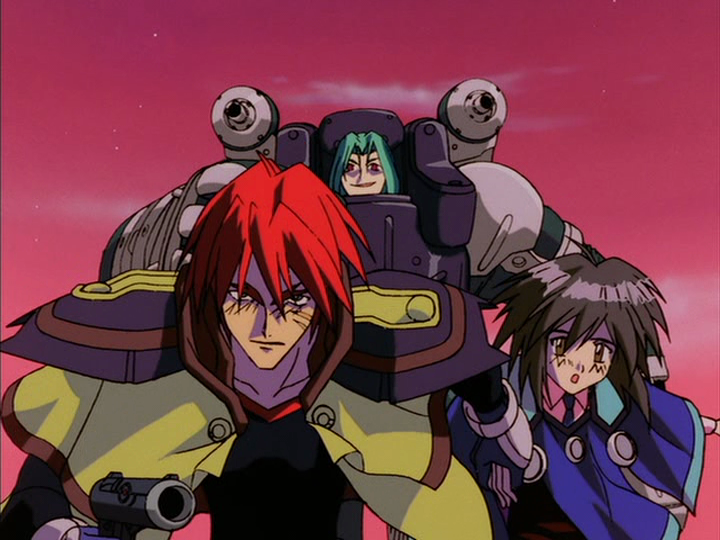 The article title also fits for another reason; because Gene is a bit of a Dexter this episode, despite not ever being zapped by an in-series variation of the Infanto Ray.

You’d think with a pre-intro Jet Black narration like the one showcased here, this episode would be heavy on the space lore. However, lore does not figure into much of the drama this week. Instead, it is more a character study based on not only how the characters interact with one another at this point in the show, but how they reflect. It is not just Jim and Aisha having rapport, with the young genius being more an older sibling than the Ctarl-Ctarl, it is also (actually MOSTLY) Gene opining with Suzuka on his promise to Melfina many moons ago. I’m thankful the show got around to having a character or two notice Gene’s emotional distance with Melfina.

Romance, surprisingly, doesn’t factor into much to the conversation. We may know Gene and Melfina will get together, but the former hides it so well the others may not notice. It is moreso the feeling of failure in Gene’s part, since he made that promise to Melfina to find out who she is but nothing seems to have come up from it. Thus, the defense mechanism is him avoiding or turning her away. He makes a good point with Suzuka how if the reveal of her being nothing more than a tool to unlock the Galactic Leyline is the case, then it would be rather disappointing. Suzuka serves as a more optimistic foil to Gene’s uncertainty, with a firm belief how despite everything Gene is doing whatever he can, how he should not be ashamed of himself, and move forward in keeping the promise. It’s a good moment in a series deprived of this type of interaction with Suzuka. I’d say she needs to open up a bit more, but we are already at Episode 21, so that’s gonna be a no-go.

What is a go is in the end, Melfina continues to have faith in Gene, and Gene looks to be manning up when it comes to helping her fulfill her dream.

I’d say something about Melfina and Harry again, but it treads a bit of the same ground like the last episode with the McDougals. Melfina has no temptation to betray Gene, and Harry is all too eager to be a creepy little shit to her. However, instead of Melfina defeating Harry unlike last time, it’s Gene who comes to her rescue. Boy, is it ever a spectacular little fight between man and mech. It’s fluid, intense, and hits the right notes in providing the necessary action to complement all the inaction this episode, and also the lack of any BIG lore.

This is the disappointing part of the episode really. Here’s this mysterious Dragon Tomb out in the middle of nowhere, known by archeological entities, and we know nothing about it in the end nor does it give very big hints to the Leyline. Sure, Melfina interacts with it and gets a reaction… but… it’s just a reaction bereft of any futher insight to history and legend. Hell, the big lead to the Leyline only happens AFTER they leave the planet, with the returning Gwen Khan not only telling them, but also making sure they do it his way through his shutting down of Melfina. The plus side is this gives us a hell of a cliffhanger (when was the last time this kind of cliffhanger happened? When Gene almost died?), and we’re given a hook for next week as we’re down to the Final Five.

Good times to be had for all, even if a lack of lore is present. We do still have Aisha Face though. 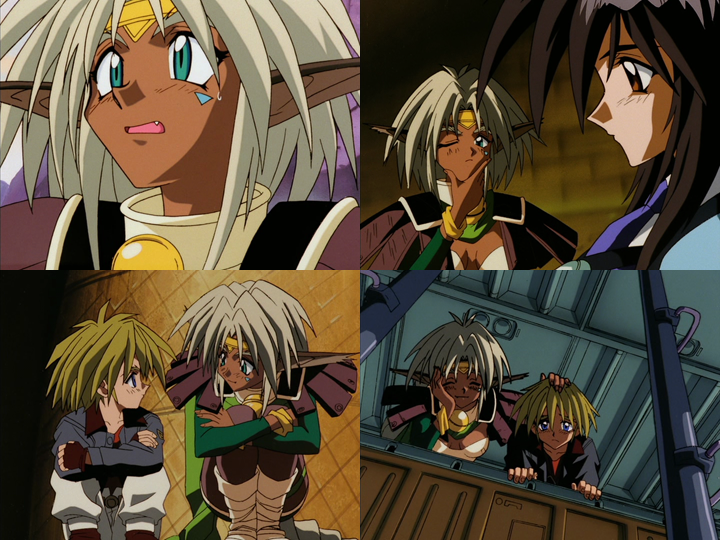