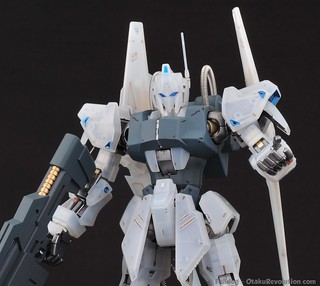 Come with me if you want to live.


Here's a fun, relatively quick, project I started on following an inspirational post by Gamera Baenre on r/Gunpla. Turns out the new MG Hyaku Shiki 2.0 is actually a milky clear transparent plastic underneath the gold plating. I love quirky little projects like clear MGs allow for so I figured I'd strip the Shiki and detail up the internal frame for fun. If you're interested in stripping your own kit here's how.

Wanting to reuse some paints I had on hand I ended up going with a tame palette of blues, gray-ish blues, and gray up against an inner frame of light gunmetal with gold, silver, and copper details. I also applied some regular gunmetal to the frame in an attempt to add a bit more depth here and there. Unfortunately Light Gunmetal is so similar to regular Gunmetal and Silver and those details didn't really pop like I had imagined. There's not a lot of contrast between the different blues on in the torso, or the blue-gray and gray used on the gun (Sazabi ver. Ka's over sized gun for fun as well). It's just enough of a subtle contrast such that it looks good in person, but has the tendency to get washed out in photos or casual viewing. That was the point of the kit at least, as the project was originally called "Ghost." Something subtle and spooky compared to the brilliant gold original. One of these days I'm going to do something in bright, contrasting primary colours for a change.

The front leg's pistons are done in a custom mix of two oranges and gray. Instead of going with the piping provided (which would probably look solid with a reverse wash) I decided to try out some guitar strings. They worked out pretty well, though bending and working with the thicker strings at that scale was pretty annoying. The lining is sort of done, needs some touch ups or a different method all together. Since the white parts aren't top coated the brown micron pen I used rubs off easily. I probably should've top coated those pieces but I didn't want to mess with the over all look. I thought about getting more Hyaku Shiki's and doing them in different clear colours (smoke, red, yellow, etc) but that'll be a project for another day. 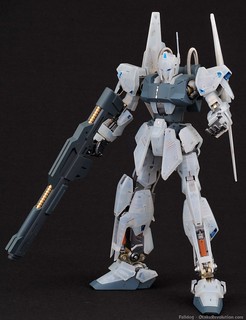 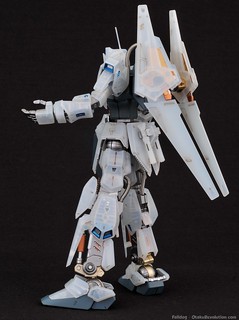 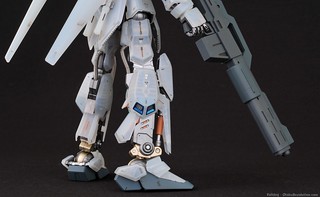 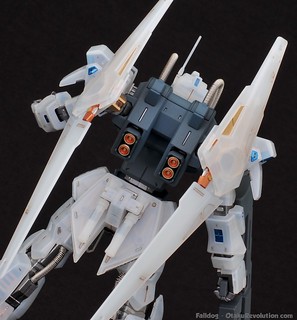 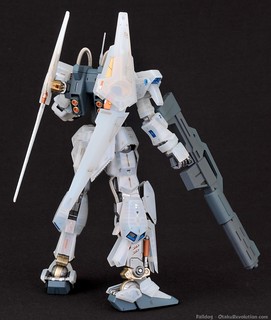 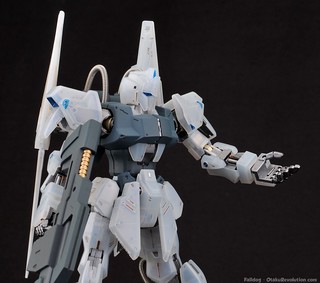