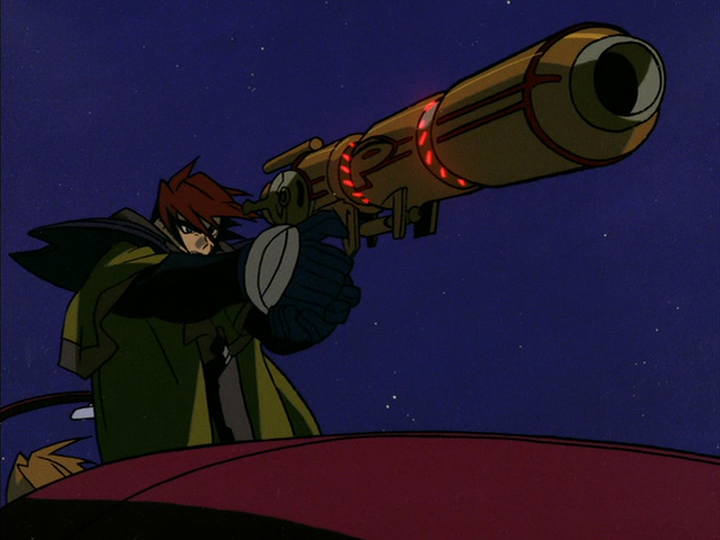 I’ve a confession. I never really finished Outlaw Star. I watched the first half until the midpoint of what I remember is the Space Race, and then lost interest after that, except for the then-taboo “Hot Springs Planet Tenrei”. However, thanks to FUNimation and an evolved animu home media market which does not sell 25 to 26 episode series in three-volume two-disc sets with an MSRP of $44.99 each, I have decided to take the plunge once more. It’ll not only be great finishing this, but it’ll also be great having a full opinion on the complete product instead of one where I’m “Oh, what I saw was good but I didn’t finish it.”

Let’s fix this, shall we?

Even after 16 years since the last time I watched, the premiere episode leaves a terrific first impression. There’s a promise of high-faring space battles with hand-to-hand combat between ships, a call for adventure, and a rockin’ opening, but the premiere is might bit melancholic once the aforementioned ends. While there are space battles to be sure, most of the time is well-spent on introducing our hero and his partner: Gene Starwind and Jim Hawking. Suffice to say, there isn’t anything TOO dynamic about these characters (other than the age gap, with Jim as a child genius), but everything about them has enough distinct polish for them to shine. If it isn’t the immortal character designs by Takahiko Ito that intrigues, it’s Gene and his everyman appeal (flipping from competent bounty hunter to lecherous scoundrel to wide-eye would-be adventure) and Jim being his capable, well-learned, foil.

You REALLY get a good feel about these characters, never mind the world they live in. This show is nearly 20 years old and like a somewhat similar animu (Gaucho Salsa iirc), Sunrise did not skimp in world design and in animation. Once our heroes and the instigator of what is to come (one Hot Ice Hilda) converge, we are treated to a great car chase scene, showcasing our more-than-capable heroes when they’re in over their head, how their world includes strange Asian shaman magic for some reason, and last but not least, the iconic Caster Gun. It is a firearm so iconic even Hilda verbally expresses surprise when it’s brought out by Gene to end the chase with a bang.

Then when you think you saw everything, Hilda almost gets away with betraying the two, but a well-placed PDA taking a bullet meant for Gene, means she’s forced to show the reason why she’s being chased. And then… as the container she is after opens… you realize something… 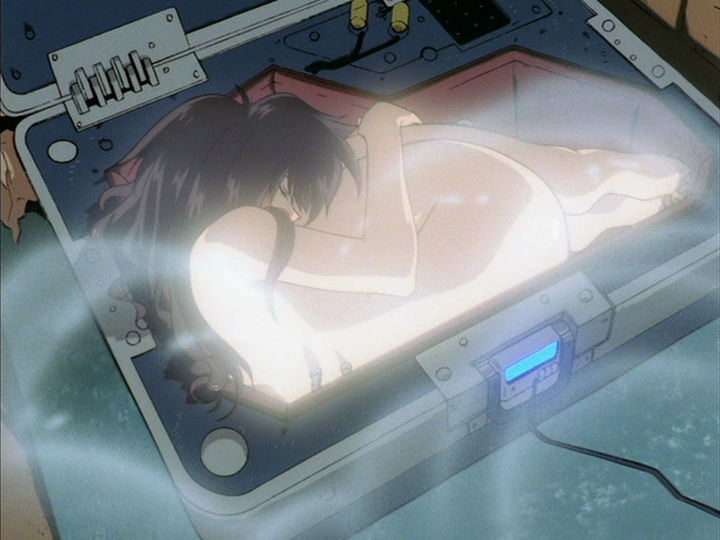 Whoever created that cancelled space show a decade ago that had this exact scene is a TOTAL hack.

Oh and the show looks promising. I felt that way the first time I saw it; it has not changed the second.

YOU BETTER GET READY!